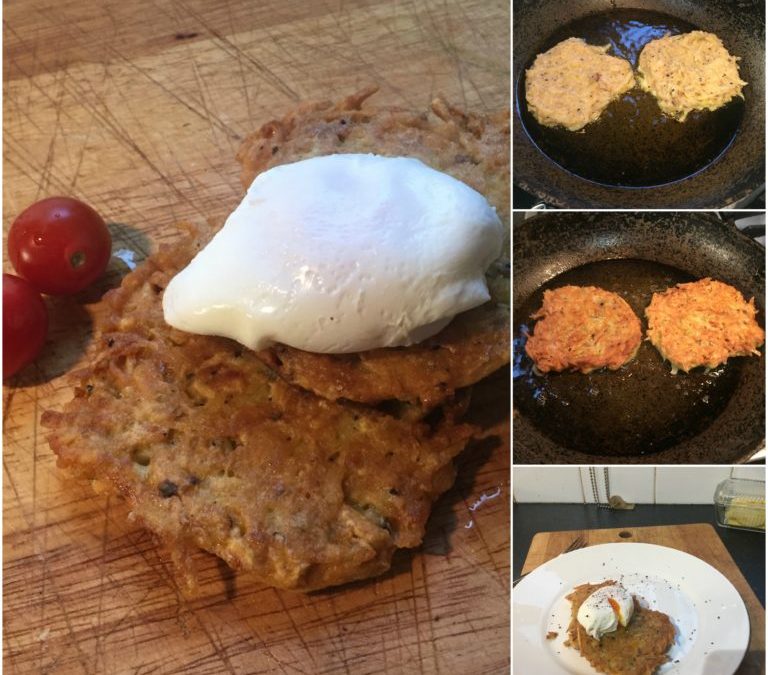 I had never heard of a latke until I recently watched a film that featured them as a part of the Jewish festival of Hanukkah. Latkes appear to come in a number of variations – the one I’ve gone for (and I hope I don’t offend anyone with this observation) is a bit like a cross between a UK and an American hash brown.

A very simple recipe, the latke comprises a base of grated potato, shredded onion bound by beaten egg and fried in oil. Some call for flour, but I prefer it without – more potato-ey and less batter-ey. As with the humble hash brown, the trick to achieving the golden, crispy cakes of joy is to get the potato as dry as humanly possible. This can be achieved by washing the shredded potato thoroughly to remove the starch and then wringing it out in a clean tea towel until no more moisture is produced.

As mentioned before, the latke comes in many forms, I am currently serving the with a poached egg, sprinkled with dukkah, but these are the subject of infinite variety. Beetroot & potato latkes, feta & spinach latkes… the list goes on!